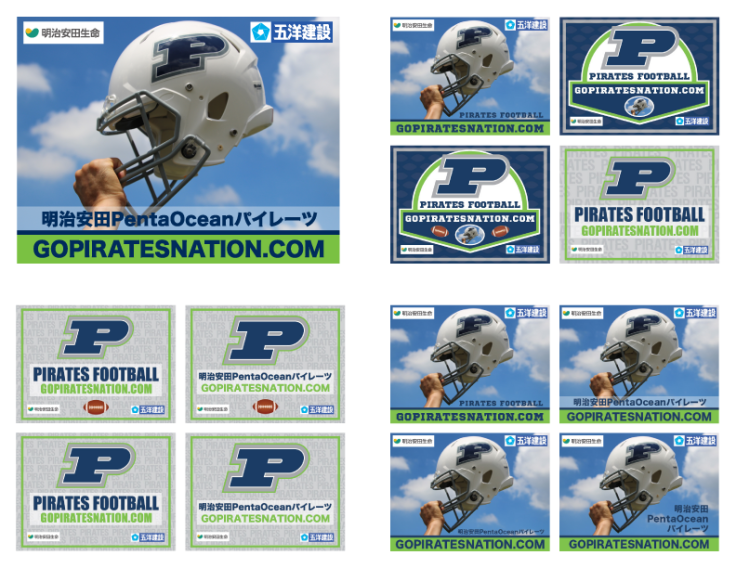 This is a print advertisement I created for an American football team in Tokyo, Japan. The upper left image is the final version of the ad, which appeared in an industry magazine. I presented the upper right image of three different design options (one with two versions including a small variation). We eliminated one design and discussed some additional elements they wanted to see incorporated. The bottom left image shows this step for one of the remaining designs. Ultimately, they decided to add additional text in order to more prominently feature the team sponsors, and decided on one design. The bottom right image shows 4-up of the final design with minor variation options.